A bow is, according to Wikipedia, a thin band of flexible material, typically woven in satin, velvet but also plastic or, sometimes, used mainly to tie and fix. Bows are used to fix hair, to tie gifts, to tie ropes, etc. If we have the idea that bow tattoos are more feminine than masculine It is precisely because those who historically used ties to fix their hair were women, men with long hair did not use ties.

The bow, although it is an element with a certain or quite usefulness, is much more an ornamental element. Women wear ties to fix their hair because it is more elegant and more attractive than the elastic bands to make ponytails. Many mothers wear their daughters dresses and tie their hair with bows. This has contributed to the tattoos with bows being associated with innocence, with the tenderness of childhood.

On the other hand, the tie as a symbol of the fight to end disease or injustice, like the pink ribbon of cancer, or the violet of gender violence. The tie is an element to show solidarity for the deceased, in the case of deaths due to terrorism or natural disasters, a way of expressing our condolences and our feeling of being with the victims is to wear a black tie. On the other hand, if the ribbon is white, it is a way of expressing our wishes for peace.

The ties in tattoos can go alone, since as we have seen they have quite a significant force, but also accompanied, accompanied by flowers, fruits, small skulls, keys or any other element that we imagine. In the case of wanting to make this element compatible with marine motifs, you can accompany the bow of an anchor, or a lighthouse. We have said before that ties are used to fix or tie, well, how about ankles surrounded by a tie? Or a bracelet tied by a bow on the wrist?

If we want the tattoo, in addition to having that content of tenderness that is associated with ties, to be more rogue, more sexy, we can opt for a tie that ties a garter. The fall of the loops of the loop itself, worth the redundancy, is an element that can be quite suggestive. This tattoo obviously goes to the height of the muscle, but it is not the only area where bow tattoos look quite good.

These tattoos are fairly common on the nape, wrists, chest, abdomen near the pubis, or ankles. Whether with black ink, colors like red, pink, blue or green, all of them are possible. Play with effects such as shadows, relief and accompany them with other elements such as flowers, locks, musical notes, skulls, butterflies, stars, birds in flight or any idea that we consider appropriate.

We have reviewed some of the meanings associated with ties, we have seen that femininity, delicacy, elegance, coquetry and tenderness are frequently associated with these elements, but also the struggle to overcome bad times, solidarity or union .

And if you are a man, go ahead, be complex, ties are also present in men’s lives, you have to put an end to preconceived ideas, you have to free yourself from prejudices. 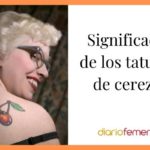 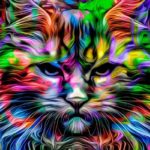