Kat Von D is one of the most famous tattoo artists in the world. In a world traditionally dominated by men, she has been one of the references for decades.

If you do not know the trajectory of Kat Von D I will summarize it a bit. Kat Von D is a Mexican woman who has ancestry from many countries: Germany, Spain and Italy. At the age of four she went to live in California with her parents. From a very young age, his passion for tattoos began and at 15, despite being a good student, she left home and devoted herself entirely to the world of tattoos. She is especially known because she has tattooed many celebrities and celebrities of all kinds and He has starred in several television shows about tattoos for years.

Like many tattoo artists, famous or not, she wears many tattoos. It is something in a certain way quite logical, if you dedicate yourself professionally to the world of tattoos it is almost mandatory that you wear tattoos, so you can give the group more visibility and naturalness. The fact of starring in several television programs and having tattooed so many “celebrities” has turned her into a “celebrity”, It is almost a mass phenomenon in the world of tattoos.

Kat Von D’s tattoos are well known, for example she has full sleeve tattoos on both arms, she has tattoos between her fingers, on her neck, on her face and even several tattoos on her leg that make up a set that she occupies from the beginning. ankle to your chest. In fact, her sleeve tattoo ensemble somewhat ties in with the ensemble of leg and abdomen tattoos.

People like Kat Von D show that, although there may be a time when we regret having some tattoos, there was a time when that tattoo did tell us something, it was important in our lives.

If you can, I advise you to watch some of Kat Von D’s programs, his mastery when it comes to tattooing is almost uniqueJust for the repercussion it has given to this world of tattoos, Kat Von D deserves all our respect. 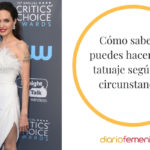 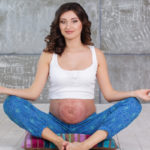