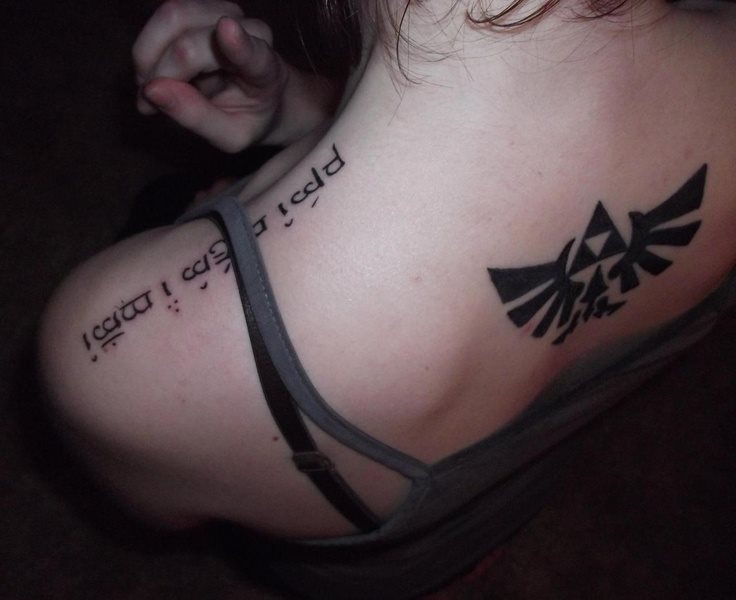 If you think carefully it is surprising that an invented and non-real language such as Elvish can become more popular than even other alphabets such as Japanese, Hebrew or Chinese among others. And yet we can affirm that as if it were a declaration of authentic principles, more and more people are deciding on this type of tattoo looking not only for an original and striking design but also that ideal and original framework that serves to load it of symbolism

On the other hand, we cannot deny that the great popularity that J.R.R's work has reached with the Lord of the Rings is not really the cause of such surprising success. And today there is a real movement in the world of tattoos about this type from medieval mythology that also has the advantage of having a very interesting typography and that can give a lot of play to the professional tattoo artist. In fact at any local tattoo shop you can order and see thousands of templates or the design of your elven name without any problem. So much so that even several actors in the movie "The Lord of the Rings got a tattoo on a letter Elvish which meant the number 9. There are several factors that make them increasingly popular, such as the relationship between these designs and the Scandinavian lands full of mythological stories and fantastic characters such as the Elves.

Who would not be attracted to such beautiful and immortal beings with soft skin and blond hair endowed with amazing abilities? But over all elven tattoos it has a great advantage since these beings are related to music, dance, poetry that can bring very interesting details to our tattoo.

Normally the tattoos of elven letters that attract both men and women, are chosen to tattoo the name of the person in that language but there who decides to tattoo some of the thousands of phrases that circulate with popularity in this world. Let's not forget that Tolkien's famous phrase "a ring to rule them all" is one of the most popular tattoos that exist. We must add that these characters are also loaded with symbolism starting with the existence of two classes of Elves, Elves of Light and Elves of Darkness. Many people see these as authentic representatives of the secrets of nature, of the magical herbs, connoisseurs of the cosmos who give a lot of play when choosing phrases loaded with symbolism.

Let's not forget to mention that the Elves have two derived languages ​​called Sindarin and Quenya that are even more popular and that are written in the "Tengwar" typeface. On the other hand there is no specific place to get this type of tattoo because it can actually look good on any part of your body. But we must say that rather by popular tradition, the back, arms and wrists are the most popular sites for this type of tattoos.

The most curious thing about this section is that Elvish is not a real language such as Chinese, Japanese or Hebrew. All of them are languages ​​that are used today and that have a different alphabet to the western one and that makes the letters and messages that are tattooed more difficult to read, since they are minority languages. However, the Elven, which is a language invented by J.R.R. Tolkien has made a place in the world of tattoos leaving us beautiful designs. We go now with a gallery of images of tattoos with elven motifs.

Fernando Torres wears a tattoo with elven letters on his forearm.

Message in elven letters on the side.

Elvish letters on the thigh.

Elven message next to a foreign object.

There are different elven languages.

Small elven tattoo on the wrist.

This language appears in works such as the Lord of the Rings or The Silmallirion.

Elvish words on the instep.

A tattoo on the back.

This girl carries her tattoo on her belly.

Another design on the wrist. It seems that it is a very chosen area for these tattoos, being very discreet and small.

Great elven tattoo on the back.

Tattoo on the entire forearm.

Message in Elvish forming a circle in the back. I think it's a very pretty tattoo.

Image of a design that seems to have large dimensions but must be due to the position from which the photo was taken.

Great tattoo with several objects on the side. Very original.

Elvish letters on a vine.

Another tattoo that represents the entrance to paradise with a message in Elvish at the bottom.

This time the red color has been added to the traditional black tone to represent these symbols, in my opinion with poor results.

Great message on the arm.

These letters have an elven design but it is in English.

Elvish message that occupies from the elbow to the wrist, a good layout and good execution.

Small tattoo on the wrist.

The good thing about these designs is that you can print private messages and not run the risk that people will understand if that is what we want.

There are also soccer players who choose this style.

The forearm is a very good area for these types of designs.

Large elven letters on the back, specifically in the upper area of ​​it.

The style of the lyrics is very original and beautiful.

Delicate design over the shoulder, area where this tattoo fits perfectly.

Very large tattoo on the side with elven letters.

A simple name or a slightly longer message. Both are good options.

Small word on the inside of the arm.

The forearm is one of the places of the body that boys choose most.

If you are fond of the Lord of the Rings saga, I am sure that you will have enjoyed this section and surely they have helped you to inspire your future tattoo. 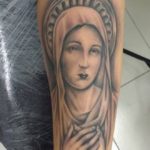 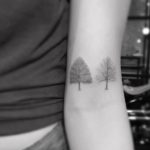